The articles were on the whole well written, authoritative, and thoroughly documented. I thought there were only two real clunkers; the rest ranged from highly informative to truly excellent. Now matter how distant any article seemed at first, I found that almost every article was relevant to my research on early modern Germany and helped me see my work in a much broader context, while the best articles motivated me to rethink and redefine what I research and how I go about it. When I first started the research project that turned into Printing and Prophecy, I planned to look only at prophecy as a communicative act in late medieval and early modern Germany, but soon found I couldn't avoid dealing with astrology and the Reformation. Now I see that I can't avoid dealing with apocalypticism as well. The Encyclopedia of Apocalytpicism is going to be one of those reference works that stays near my desk for just about any research project.
Posted by Jonathan Green at 11:32 AM 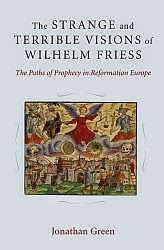 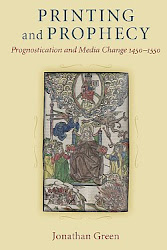